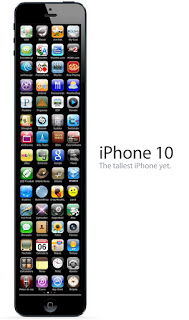 Maybe I don’t get it, even after 5 years, or has it been 11 years, or is it truly 28 years.  I am talking about the phenomenon that is Apple.  Last week Apple announced the release of the iPhone 5, and the phone from the company that changed the whole telecommunications landscape will have them in stores this Friday September 21st. The next iPhone I get will be my first.  Will it be the iPhone 5?  Unlikely.  I just don’t get it, and it’s not just the iPhone, it’s the whole Apple obsession.

I felt that I was missing something, that’s why I wasn’t getting it, so I decided to read the Steve Jobs biography.  Steve Jobs had always been someone that I found intriguing and I had heard stories of how he operated. His innovative thinking, his obsessive attitude and his crudeness towards people is why he made Apple what it is today.  He was a perfectionist and expected nothing less from his products, employees and anyone that came in contact with him.  But that wasn’t it, that only explains why people love his products.

The only piece of Jobs’ persona that could possibly rub off on his flock is what they called in his book the “reality distortion disorder”.  That is when Steve Jobs either saw something that just wasn’t there or believed something that wasn’t true and included it into his reality.  The Apple Flock truly believe that the answer to the worlds problems can be solved by the iPhone 5 or the iPad 3.

I love my car, but I won’t buy the same car every year.  It’s too expensive to do that and quite frankly, I like MY car.  So why is it that when a new iPhone comes out people have to have it?  Even if they already have the latest one.  I don’t want to use this word to describe the thousands of people who will sleep in the street days before it goes on sale and wait hours in the store to get it, but I will, pathetic.
Maybe, I just don’t get it.  On Friday while looking through my Facebook page the number of people I know that were planning to pre-order the iPhone 5 was staggering.  I just don’t get it.  Mitch Albom of the Detroit Free Press put it perfectly when describing this phenomenon “Apple, always brilliant in marketing, has targeted whatever human gene contains the “gotta be first” chromosome. If you have this in your DNA, all the common sense in the world can’t get through your skull.”.  I just don’t get it. 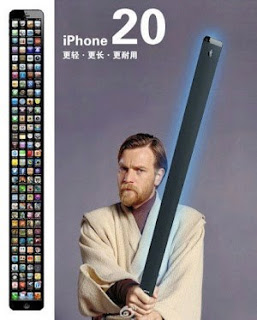 This is a phone!  Not a cure for Cancer, not the answer for Hunger and certainly not the answer to the world’s problems.  The phones costs up to $400.  Now if millions of people have this much disposable income and all the time in the world to wait in line, for days, for a phone, isn’t that a tad problematic?  There are people in third world countries that don’t act like this for their next meal, but we have to have the iPhone.  The part that humors me the most about this whole phenomenon is the number that follows the title.  It is not indicative of the quality, it’s the version.  It just tells me that there were four previous versions and it leaves room for versions to follow.  So why is this particular one, the one to have?  I just don’t get it.

I own an iPod, and to be honest, I love it.  But I have had it for 3 years and there no sign in my future telling me that I will need a new one anytime soon.  I think Apple makes great products.  They are highly overpriced, but they can be, just look at what it does at $400.  Can you imagine if it was priced reasonably?  Armageddon.
I just don’t get it, or is iJustDontGetit?
3D