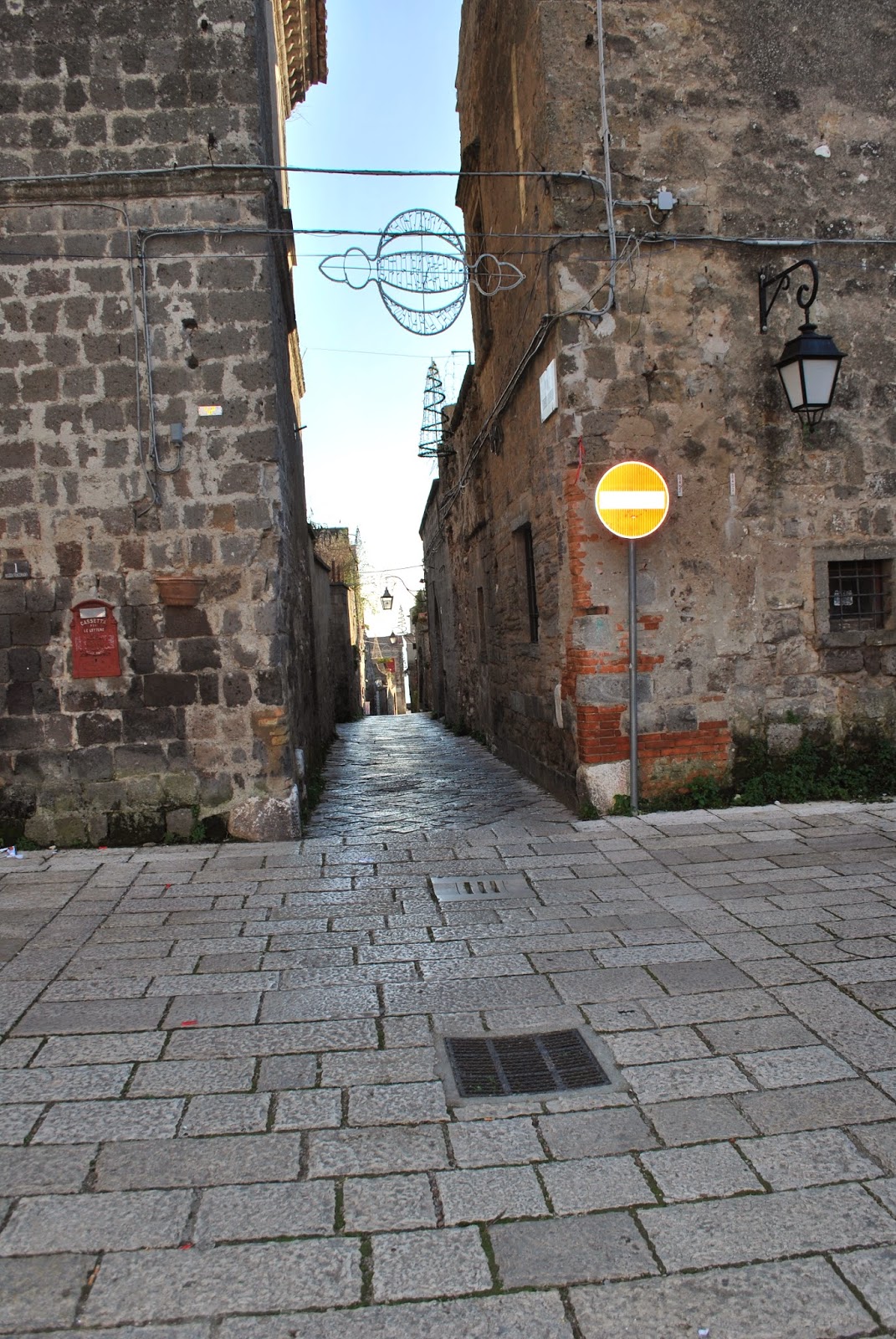 The past few days have been a whirlwind.  The last time I wrote we were heading into Naples to get pizza.  The plan changed when my luggage was in airport purgatory.  I eventually had to go to the airport and demand my bag.  After about forty five minutes and also aiding a member of the U.S Navy who was in the same predicament as me, I was on my way with my bag.  Instead of heading to Naples we went to Caserta and just as good pizza.

After lunch we went up to a small little mountain town called Casertavecchia, which translated is “Old Caserta”.  When you think of old time Italian towns, this one takes the cake.  The streets made of cobblestone and just wide enough barely fit a car.  You could literally walk the entire town in about 15 minutes.  The hilly streets and old time feel makes this a very interesting visit.
That brings us to Christmas Eve and you can only imagine what that entails.  I took the family through the town of San Nicola during the morning to get out of the house to avoid being yelled at by the multitude of Italian ladies cooking dinner.  The feast of the seven fishes was everything that it was cracked up to be.  Eel, squid, octopus, shrimp, cod fish, white fish, and scallops.  Thirty five people surrounding a table and talking at an octave that only a dog can appreciate.  Even Aunt Bethany from “Christmas Vacation” could hear this conversation.  The evening finished with a trip from Santa and a game called Tombola, which is equivalent to BINGO

Christmas Day was as about as relaxing as could be. Surrounding by family once again and Christmas mass in the church in which I was baptized.  This was the climax of my “Good Ol’ Fashioned Italian Christmas”.

Today (Friday) we woke up early and headed to the former house of Bourbon.  The Royal Palace of Caserta was last inhabitant of the monarchy that ruled Italy before its independence in 1848.  There are 1,700 windows and 120 rooms in the castle, only about a quarter of that is opened to the public.  After viewing the inside we went into the back grounds.  The grounds are just under two miles long and roughly a mile wide.  We took a ride in a horse drawn carriage to avoid really tiring out the baseball orphans.

Ten days is never enough time to tour Southern Italy, when you throw a holiday in the mix the time frame intensifies.  We have two more days left in Italy and we plan to make the most of them.  Until next time.