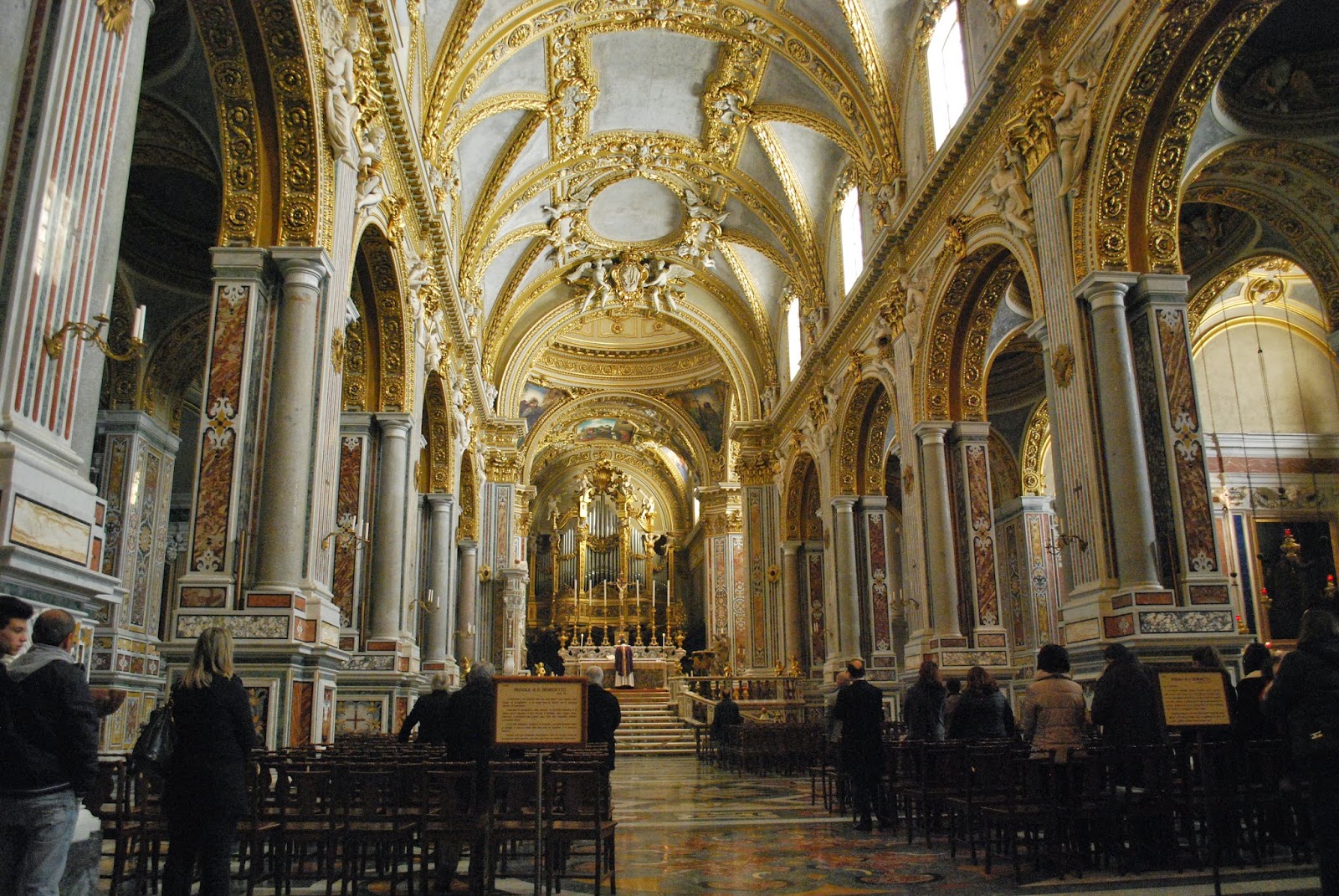 It’s Tuesday morning and I still have no luggage.  Supposedly it is coming today, let’s just say I am less than confident.  We do have a pool going so hopefully the pot doesn’t raise.

The past couple of days have been a world wind.  On Sunday morning we woke up a little later than we wanted and we headed to the Abbey at Monte Cassino.  If you don’t know the story of Monte Cassino, it is sad story.  On February 15, 1944 the Allied and German forces were locked in a battle at the Gustav line, which was a German stronghold preventing Allied access to Rome.  Since the Abbey sits on top of a mountain it was rumored that German troops were occupying it for the high vantage point.  Tha Allied forces decided to bombard the abbey with an air raid turning the structure to rubble.  It was later confirmed that only Italian refugees were in the church and perished in the rubble.  After the war the Italian State, with the aid of Allied resources, rebuilt the abbey to its original state.

It is an impressive build with some great architecture.  The vantage points give a great view of the Appenine Mountains.  Below the hill are several cemetaries of soldiers from other countries that perished in the battles around the hill.  The church inside is decorated with beautiful art,14 karat gold architecture and a nativity scene eight feet long.  The baseball orphans were left speechless at all “toys”.

Following the trip we went to a restaurant for lunch/dinner.  We eventually had to get up and leave because they just kept bringing out food.  As we walked out, the chef was sad that we were leaving because he had more food to bring out to us.  Restaurant, Italian style.

On Monday, we took it easy.  We went to “Il Mercato”.  It’s a type of flea market/farmers market where it has been known that some high end products have “fallen of the truck”.  There was a large crowd which reminded me of Disney World.  No Holds Barred.

All in all, we are having a good time.  Tuesday’s agenda has a trip to Naples and lunch at Presidente Pizzeria which has been made famous by a visit from President Clinton and the movie “Eat, Pray, Love”.  Hopefully my bag comes today.  Daily laundry is getting old.