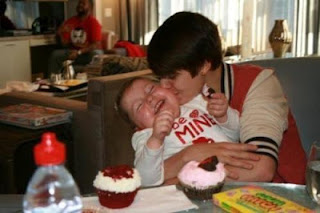 I am now a Justin Bieber fan! No, it’s not because of his music. I wouldn’t
be able to recognize a Bieber song if that’s all that was playing and I am sure
his music would make my ears bleed. Although I was impressed with his New Year’s
Eve performance with Carlos Santana playing the Beatles “Let It Be”.
No, it’s not because he is adored by millions of fans across the world. No,
it’s not because he has made millions of dollars with minimal talent. It’s
because of one hour of his time he spent on February 13.

Bieber responded to a public social media plea to meet up with a 6 year old
who is suffering from a rare form of brain cancer known as ATRT. Avalanna Routh
is a big Justin Bieber fan and declared that she wanted to marry the pop star. On
Monday, Avalanna and her parents flew to New York to meet with Bieber, who
asked that this meet be set up. Bieber and Avalanna spent just about an hour
playing games, eating cupcakes and just plain having fun.

Why does this impress me so much? It’s because it didn’t go public until
AFTER it happened and the only camera at the meet was the one that Avalanna’s
parents brought. That was insisted by Bieber. He wanted to just meet this
little girl that wanted to marry him and give her one of her final wishes and
give her and her family long lasting memories that will truly always be
cherished. The pictures that have been posted on Avalanna’s
Facebook Page are very moving and it seems that Bieber had just as much fun
doing this as Avalanna had meeting her future husband. 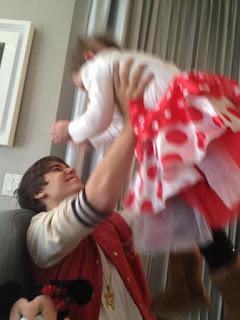 Did Bieber have to do this? No. Should he have? Not really, he is under no
obligation. But he did, and he did it without fanfare and he was extremely
genuine in doing. He only spent an hour with Avalanna because he had a plane to
catch. According to the girls dad he would have stayed all day if he could and
that is why I was very impressed with this young man. Not many celebrities take
the time to do things like this and of the ones that do, not many get the
recognition for it. That is the way they want. As far as Bieber knows, this
could have come and gone without it hitting the news and he will still have
been satisfied with his actions, as he should be.

Avalanna is suffering from a form of brain cancer that only affects 20
people a year, and it is incurable. As sad as it is to say Avalanna may just be
a pioneer in ATRT cancer research. She will most likely succumb to this
disease, and that is a shame. But her, and her family’s pleas to meet Justin
Bieber, and his willingness to meet her, has brought attention to a disease
that not many people knew about, including me. Who knows? The outpouring of
people that this story has touched just may get enough donations to get the
research to fight this terrible form of cancer.

Here are the some ofpeople that made this possible:

Leslie Barber (LBarbs35),
who is Avalanna’s babysitter and began this plea by starting a Facebook page
and tweeting celebrities to help

Fox 25 News and Dennis and Callahan Radio show for spreading the news and
informing the public.

Mr. and Mrs. Routh, their strength will carry them through

Justin Bieber
for making a little girl’s dream come true, giving many people hope and gaining
a new fan. You mess with the Biebs, you mess with 3D!

Avalanna Routh. This little girl has gone through more than any of us could
ever imagine and she still a funny, little happy girl that everyone is pulling
for. Go Avalanna! We are all behind you.

To learn more about ATRT please visit this website 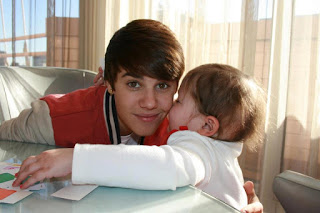