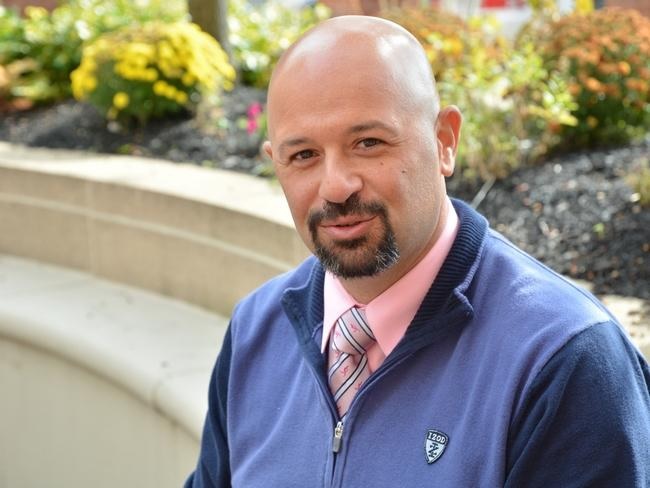 This article was published by the Worcester Telegram and Gazette.  It was an interview Nick gave the paper.

This story is ninth in a series of profiles about the candidates running for School Committee in the Nov. 3 election. Ten candidates are running to fill six seats.
WORCESTER – Like a lot of parents in the city, Nicola D’Andrea was concerned by the episodes of violence and gun-related arrests at and near the schools last school year.

“I’d be lying if (I said) the issues that came out of the events of last year didn’t entice me to run” for School Committee, said Mr. D’Andrea, who is doing exactly that this election.
A process improvemen

t program sales manager at Fallon Health, Mr. D’Andrea, who goes by “Nick,” has made school safety a significant piece of his campaign platform. Earlier this fall, for instance, he circulated a petition calling on Superintendent Melinda J. Boone to take “immediate action” to address the district’s security issues.
Mr. D’Andrea said he supports several proposed safety enhancements in the schools, including security cameras and technology allowing police to communicate with school administrators during a crisis.
“For me, a lot of it is about access to the buildings,” he said, adding that he’d like to see more up-to-date entrance features like door locks, intercoms and video cameras. “They’re a step in the right direction.”
He also feels the controversy over assigning more police officers to the high schools “is a little bit overblown,” saying he doesn’t “think it feeds into the school-to-prison pipeline.”
In addition, Mr. D’Andrea wants lawmakers to walk back certain provisions in the recently passed Chapter 222 of state law, so that more control over suspensions is given back to school principals. Back when he was a student – Mr. D’Andrea attended Worcester’s public schools until high school – “what our principals said was law,” he said, which he believes helped them command more respect from students.
Nearly as important as safe schools is the School Department’s ability to let families know about what’s going on in the district, Mr. D’Andrea said.
“A school district the size of Worcester cannot have lapses in communication,” he said. The superintendent’s comments in recently released internal memos that she didn’t want the media to find out that a couple of former school employees had been arrested on child pornography charges, in particular, “were appalling,” he added. “As a parent, you start to wonder, what else are they not telling us?”
One possible solution to the problem, he said, would be to reshape the role of the district’s communications specialist, so that sharing more information with the public is a greater priority.
In the area of academics, Mr. D’Andrea is a proponent of offering more career training opportunities in the schools. He favors increasing the number of Advanced Placement courses, creating new dual enrollment programs with local colleges and “increasing educational opportunities as a whole,” he said.
On testing, Mr. D’Andrea says he’d like to “see some sort of change in how we assess our students.” In particular, he’d like standardized tests to not place so much emphasis on a student’s poor results, which he said has the negative effect of “brand(ing) that kid for a year.”
He also is skeptical of the Partnership for Assessment of Readiness for College and Careers test, which could replace the MCAS, as well as the state’s Common Core learning standards.
“We’re lowering our standards,” he said of Common Core, which is a set of nationally developed standards that Massachusetts adopted in 2010. “We should be raising the bar.”
Even though he feels there are a lot of good things going on at the schools, “there’s always room for improvement,” Mr. D’Andrea said.
“My job is process improvement,” he said, adding that while he’s willing to “give them their accolades” if a school is doing well, “I’ll always ask, how do we do better?”
In general, he said, “I’m a voice of reason. I have my viewpoints, and I always stand by them. But I think I’m also willing to listen.”