Is pushing the starting times back for the high schools a good idea?  The stats have shown that later start times, do in fact work.  Can Worcester put a plan together that to do this?  Will there be a ripple effect throughout the lower grade schools?  These are the questions that need to be asked and considered when putting this plan together.  School Committee Member John Monfredo discusses this very topic, as the Worcester School Committee begins to tackle this issue.

One of the “hot” topics discussed this week at the Standing Committee on Teaching  Learning and Student Support was on whether the starting time on the secondary level can or should be changed.

Sleep deprivation among teens has become a major public health issue across the nation for research has shown that not enough sleep puts teens physical and physiological health at risk. According to studies lack of adequate sleep can result in memory impairment, poor academy performance and decision making, moodiness and aggression, anxiety, and even more car accidents.

It was ten years ago that School Committee member Brian O’Connell brought psychologist and professor at the College of Holy Cross Dr. Amy Wolfson to a sub-committing meeting to discuss her findings of this topic. Dr. Wolfson’s research in Worcester  found in a survey with more than 3000 students that students getting low marks obtained about 25 minutes less sleep and went to bed 40 minutes later than students who reported they were getting A’s and B’s.

Since then more and more research has been done. Again the data shows a positive relationship between starting time and academic performance. The evidence points out that adolescents need more sleep and the effects of sleep deprivation has had a negative effect on their learning capabilities.

Multiple factors, “including biological changes in sleep associated with puberty, lifestyle choices, and academic demands,” negatively impact teens’ ability to get enough sleep, and pushing back school start times is key to helping them achieve optimal levels of sleep – 8½ to 9½ hours a night,” says the American Academy of Pediatrics in a 2014 news release.

Judith Owens, director of sleep medicine at Children’s National Medical Center in Washington, D.C., and lead author of the American Academy of Pediatrics also stated, “Chronic sleep loss in  adolescents “can, without hyperbole, really be called a public health crisis.”

In the past several years many schools around the country have pushed back the school starting time  such as the city of Seattle after receiving a great deal of community input. In addition, more school districts around the U.S. are heeding the advice of scientists who have long said that expecting teens to show up to class early isn’t good for their health or their report cards.

Now in our state, the Massachusetts Association of School Committees has established a committee to review the starting times of secondary schools as more and more research shows the positive side of a later starting time. n addition, many surrounding towns such as Northboro, Southboro and Lunenburg are considering a new starting time for next year.

Based on all the research in the past ten years why aren’t more districts not changing their starting time? It’s the same reasons that were articulated at the standing committee meeting this week … disruption in child care for in many cases older children care for younger children when they get out of school or even before school, the challenge of coordinating interscholastic activities and sports with other districts, students with after school jobs and the biggest reason is the financial aspect of what it would cost in transportation.

However, we as a community need to make healthy policy decisions for all students. Is it possible that these problems can be worked out? We know the benefits from the research but at the moment we are stuck in neutral. Let’s look at the obstacles and see if they can be solved. Thus, as a  School Committee we have asked administration to come back next month with additional ideas and to review and changes in the cost for transportation. Let’s examine our options and not just sweep the item under the rug.

John would like to hear from our you on this issue … e-mail John at monfredoj@gmail.com.

The Most Important 20 Minutes of Your Day….Read With Your Child 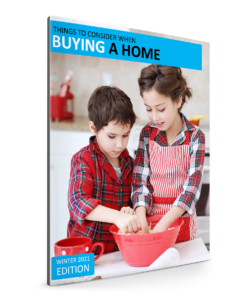 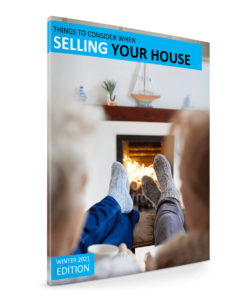