Among all of the things I do, the clear cut number one is being a family man.  I love being a devoted husband and father, nothing pales in comparison. Being a dad has given me the best stories of my life.  The heartache and quite possibly the funniest ones as well.

We recently took a camping trip to Wells, ME and my wife and I reminisced about our girls younger days.  They are currently at a great age (7 and 10). Old enough to be independent and young enough that we need to keep a watchful eye from a distance.

As we sat in our beach chairs and our children were …to be honest, at that moment I had no idea where my daughters were, but my wife did, so we’re good.  We talked about how our vacations evolved over the last 10 years.

If you have young children and are in the middle of your summer vaca…trips, you know exactly what I am talking about.  Your Toyota Corolla does not have nearly enough space to bring all the things you “need” for a day at the beach. Watching some people, an eighteen wheeler doesn’t have enough space, I digress.  C’mon, you know what I’m talking about.

“Anytime I say that I miss when they are little, I just go to the beach and it goes away”  My wife said to me as I spit out my water. 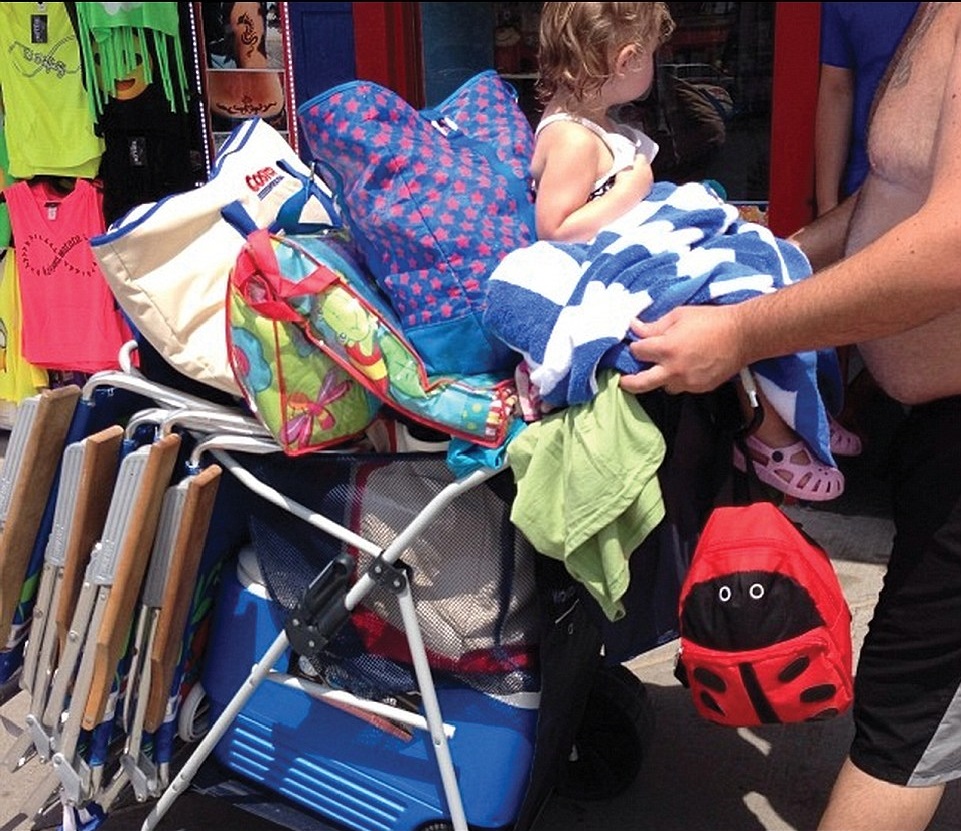 We watched as new parents took half an hour to set up their spot.  Because they brought every godly toy, bag, first aid kit, umbrella, tent, chair, sofa, 50” Flat Screen…you name it.  I’m not judging, I was that guy once….once.

As I was scanning the shoreline searching for my children the family in front of us on the beach, which took 30 minutes to set up needed to relocate because the tide was coming in.   Down goes everything into a wagon that doesn’t fit all of their stuff and off dad goes with his daughter. The mother is left behind to carry the remaining dozen or so items and bring their youngest son to the new spot for set up.

The little guy wasn’t having it.

He threw a tantrum that I’ve only seen on the floor of the House of Representatives.  When he realized defeat he dropped his head crying and did a slow walk. He let his mother know that she won the battle, but the war was not over.  I could not help but laugh and mom found it funny as well. She knew that she may be overdoing it with the “stuff” but it’s a small price to pay for the happiness of her children.

Believe it or not, I do miss those days.  It was a time when you wanted your child to feel they had some power but let them know who was boss  at the same time.  If the scenario above happened to us, we would have handled it similarly and may have poked fun at our children in the process.  It was what we did to keep our sanity.

As we sat around the campfire with the girls that night, my wife and I shared those stories with our daughters.  We laughed as our children didn’t realize how huge pains in the asses they were. But they are ours and we made them that way.

So for the parents out their that pack their house for the day at the beach, keep doing it.  I will make fun of you inside, because when I did it, someone made fun of me. It’s the proverbial circle of life.