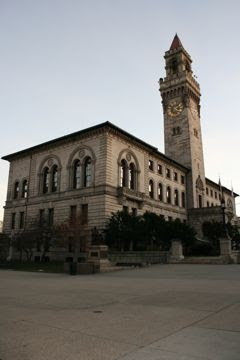 The City of Worcester recently joined 74 other members of the Massachusetts Municipal Association by passing an adoption of an amended ordinance concerning the distribution and use of tobacco products.  One issue that I’m thrilled about is the banning of electronic cigarette use in smoke free locations.

After gathering information given to me by Tina Grosowsky, Project Coordinator for the Central MA Tobacco Free Community Partnership at the University of Massachusetts Medical School I decided to put together information on the dangers associated with tobacco use and was delighted to hear that our City Council has taken appropriate action to reinforce its ordinance on tobacco use in our community.

Research shows that children who shop at stores with tobacco two or more times a week are 64% more likely to start smoking than their peers who don’t.  Thus, the more they’re exposed the more likely they are to smoke.

The tobacco industry continues to go after the children and uses three main tactics in its efforts to hook kids on tobacco products.  First there is the SWEET… the tobacco industry uses flavoring to attract young people by disguising the taste of tobacco in its newest products. Next, CHEAP, the tobacco industry prices these products cheaply to encourage impulse buys by adolescents.   Finally…EASY TO GET, these cheap tobacco products are easily available to young people in gas stations, some pharmacies, corner stores, grocery stores, mini-marts and many other types of retail stores throughout Massachusetts.

As a strong advocate of Wellness Education, I find it appalling that the tobacco industry preys on our children and endangers their future.  Adolescents’ brains are still developing and the nicotine  in tobacco products can produce structural and chemical changes in the developing brain and may lead to future alcohol and other drug addition, panic attacks, and depression.

One such tobacco product that many adolescence have tried are the electronic cigarettes, also called Vape Pens, E-Hookah pens or e-cigs.  They are battery operated devices that contain nicotine in liquid form.  The nicotine is turned into a vapor in the e-cigarette and then inhaled.  The vapor also contains many other chemicals such as heavy metals and antifreeze, but the exact content is unknown because e-cigarettes are not regulated by the FDA.  In addition, the U.S. Centers for Disease Control and Prevention has reported that current electronic cigarette use among middle and high school students tripled from 2013 to 2014.   Needless to say, it’s a health hazard for our children.

According to statistics among its adult population in Worcester 18 years and older, 18.1% are smokers and that is higher than the statewide average of 15%.  Thus, the mortality from lung cancer is 17% higher in our city than in the rest of Massachusetts.  The death rate of Worcester residents from tobacco on a per-capital basis is approximately 250 individuals annually, or five human lives lost per week.

The good news is that cigarette use among young people in Massachusetts is falling, but the tobacco industry has redoubled its effort and continues to target this population.  As concerned adults we need to continue to work on strengthening regulations to prevent youth access to tobacco products.

Thanks to our City Council they have just passed new tobacco regulations.  Some of the regulations include:

These changes as presented by City Manager Edward Augustus and approved by the City Council were modeled after the Massachusetts Department of Public Health Tobacco Cessation  Program and are intended to advance the Community Health Improvement Plan which has as a goal of making Worcester the healthiest city in New England.

Perhaps the one paragraph in the new ordinance said it all…” The city council of the City of Worcester, in recognition of the death and devastating effects of tobacco products on the residents of the city, is compelled to exercise the authority granted  under its city charter to protect and promote the public health and the authority…to regulate the sale of tobacco products.”

Let’s continue to work on making Worcester the healthiest city in New England.  Next stop, CPR training for all of our secondary students!

The Most Important 20 Minutes of Your Day….Read With Your Child